The word “fortune” derives from the Roman goddess of luck, Fortuna. She is said to be Jupiter’s daughter, and also to bring forth bountiful farming, if in a good mood. She has ties to the cornucopia or horn-of-plenty, which is the cone, spilling fruits and vegetables we often see in autumn decorations.

Fortuna was not all about good luck. She brought bad luck too. It depended on how you played your cards (no pun intended). She might give you your just desserts if you were naughty, according to legend. Think of Fortuna the next time you say, “Good luck!”

via What Pegman Saw: Six Days

Today marks the 4-year anniversary of Prince’s death. This post was originally posted in 2016.

My first memories of you were in the 1970s when I was a girl. Patchwork denim was everywhere. I had a head full of plaits, and remember enjoying your songs when they came on in the car. “Do Me, Baby” was choice, even though I had no idea you were singing about grown folks’ business; VERY grown folks’ business. I became further entranced with you with “1999” in elementary school. That album was visionary, energetic, and just well…fun.

Puberty loomed with your release of Purple Rain. I was 12, and began to notice your beauty, as well as your talents. You were a compact dynamo of genetic artistry:  slim, creamy-skinned with good bone structure and hazel doe eyes. And boy, was I ever mad jealous of Vanity and Appolonia! I nourished my…

Brigstowe Bay was a grinning moon banked by rocky spurs.

At the centre of the smile was a bank of grubby sand, the Grand Pier with its sagging wooden roller coaster and sun bleached stalls selling candy floss and hot dogs.

On the northern spur, looking towards Torquay, were the wide streets and Romanesque villas of Upper Cliffside, looking down on the promenade in more ways than one.

On the southern side, set apart from the wannabe millionaires of Cliffside and the hucksters and charming liars of the promenade, was an area locals called ‘Brig’.

A boy from Brig could beat a Cliffside lad hands down in a fight.

Though maybe not a fair one.

The door squeaked open. Kurt stepped out onto the tenement roof and propped the door open with an old metal chair he’d saved from a skip. He felt in the brick planter – no plants, just bricks – and fished out his tobacco wallet.

The cigarette paper slipped easily through his practiced fingers, flakes of tobacco tamed into a tube. The lighter flared, clicked shut.

Laney’s voice reached him up the stairwell. ‘Kurt! Dinner.’

Not a bad life.

Written for Rochelle Wisoff-Field’s Friday Fictioneers. See the picture and write along. See here to join in the fun.

Give the children something to take their minds off all the craziness with a good bedtime story.  I am offering one of my children’s books (number 3 in the series) in ebook form for 99 cents from April 7 – 10, 2020. Mary & Jerry Canary & Mrs. Polka Dot the Ocelot.

Please leave a review if you get it.

Get the book here.

Africans and African Americans left Earth in 1900, and went to another planet in The Milky Way to escape mistreatment…

It’s now the year 3005 on that terraformed planet. We get a peek into the life of a bright and sensitive teenaged…

via What Pegman Saw: Dust and Ashes 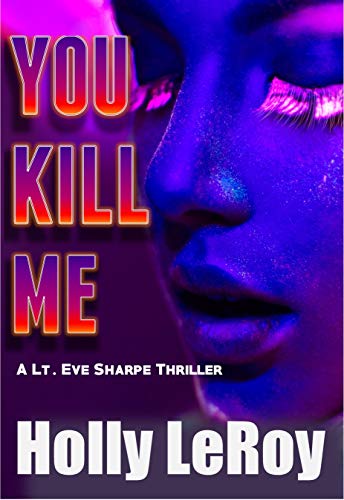 Title: You Kill Me

Get the book here.

This book had me at hello! Leroy weaves a tapestry of characters, masterfully. We always read about male cops as tragic hero-protagonists, but the author does a gender-bend, and does it well. I loved that he was able to crawl into the female psyche, and pour out its thoughts on paper, believably. He satisfied my badass girl craving. I love it when women aren’t always victims.

The action was nonstop, and edge-of-your-seat. And there is a funny scene about dog poo. I say give this a read. You’ll be glad you met Eve Sharpe. She’s a tough, tender character that every police force needs.

via Closing Down the Clarington Center ©